(COLUMBUS, Ohio)— Ohio Governor Mike DeWine and the Ohio Traffic Safety Office (OTSO) today released a new educational video for use by parents, teachers, and driver education instructors to help them explain the dangers of distracted driving to teens.

The light-hearted video is targeted toward youthful drivers and features a pair of young hosts answering the distracted driving questions that instructors get the most.

"This new educational video uses a light touch to engage young drivers on this incredibly serious topic," said Governor DeWine. "By using young drivers to deliver this message, we hope the important safety lessons stay with Ohio's teenagers every time they get behind the wheel." 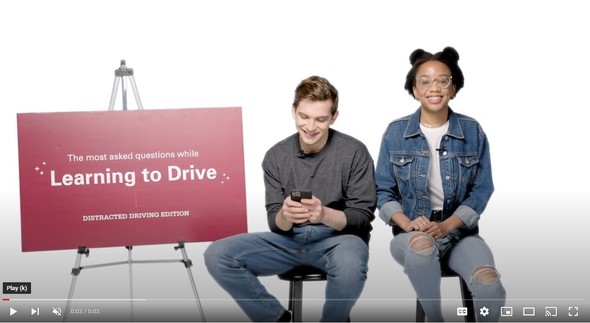 According to the Ohio State Highway Patrol, there have been more than 69,000 distracted driving crashes in Ohio since 2017, including 2,060 fatal and serious injury crashes. In 40 percent of these incidents, drivers were between the ages of 15-24.

“Reducing crashes on Ohio roadways is one of our top priorities,” said OTSO Director Felice Moretti. “With more distractions now than ever before, it’s important to teach our young drivers that the road demands your attention when you’re behind the wheel. This video demonstrates that point in a creative and engaging way.” 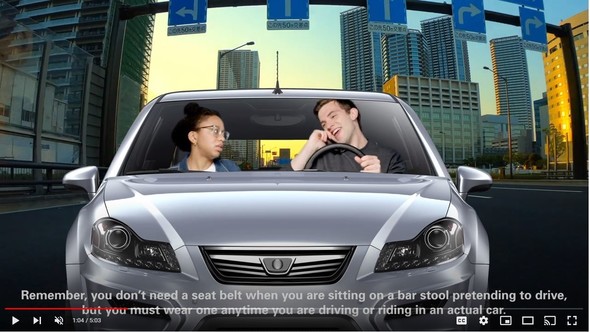 The new video is another step in Governor DeWine's comprehensive plan to improve the safety of Ohio's roads.  In 2019, he directed the Ohio Department of Transportation (ODOT) to put focus on improving the 150 most dangerous intersections in the state. To help address unintentional motor vehicle crashes, which are one of the leading causes of death for teenagers and young adults in Ohio, Governor DeWine also launched the "Ready, Test, Drive!" virtual driver assessment program to more accurately assess new drivers' road readiness and help identify skills needing improvement. In 2020, Governor DeWine formed the Ohio Traffic Safety Council to coordinate and monitor all statewide safety initiatives; launched a new work zone traffic enforcement plan in coordination with ODOT and the Ohio State Highway Patrol; and awarded grants to juvenile courts to help them give young drivers more access to advanced driver training.

Earlier this year, Governor DeWine also announced an increase in Ohio's yearly funding allocation for local bridge projects by $47.5 million for the next five years and announced an investment of $51 million into new traffic safety improvement projects to address an increase in pedestrian-involved traffic crashes and fatal roadway departures on state and local roads.

OTSO, a division of the Ohio Department of Public Safety, focuses on a mission to save lives and reduce injuries on Ohio’s roads. Last year, OTSO awarded over $31 million in grants to be used for projects such as traffic safety education, enforcement, and engineering.